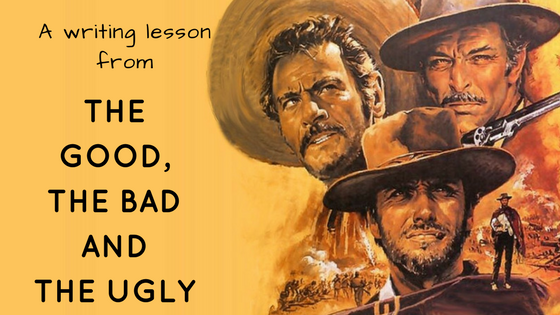 I can’t believe I waited this long to watch my first spaghetti Western! My Beloved, took me on a date, and we watched the Clint Eastwood classic, The Good, the Bad and the Ugly at a one-of-a-kind rooftop cinema in the middle of Cape Town. I kinda loved it. It came with margaritas, a picnic and a love seat, so I was one happy lady.

Having never watched a cowboy movie before, I had no idea what to expect, but what I definitely was not prepared for, was being reminded of a thing or two about great writing.

Here are the top three writing tips I took away from movie.

What was Clint Eastwood’s character’s name? No idea? Well, that’s because no-one ever calls him by his name, but he is referred to, more than once, as Blondie. In fact, in the credits, he is listed as ‘character with no name’. Brilliant! Other great ways to make  your characters more memorable is by giving them an accent  or a speech impediment, or a repetitive habit. When I think of memorable characters, I quickly recall Death in Terry Pratchett’s book, because he always spoke in CAPS. And Yoda? What I mean, you see.

Conveying expression without dialogue is powerful

I think that’s what surprised me the most, the long stretches in the film without dialogue. There were many close up shots of faces, from which the actor’s expression told the audience what he has thinking. See what I mean in the clip below.

In writing this technique is as important and often overlooked. We forget, as writers, that 95% of communication is non-verbal. For example, instead of spelling out that a character is anxious or nervous, that emotion could be conveyed with a description of him drumming his fingers on the table, or his eyes darting around the room.

Everybody loves a bit of poetic justice

Not only was the story great, the ending served up some delicious poetic justice. The Ugly one, Tuco, got exactly what he wanted, the gold, but was left in the desert by himself with no ride out, so what good would it be? Loads of memorable stories do exactly the same. As a writer, we get to “take revenge” on a bad character, and give them what they deserve, without detracting from our hero’s victory. Roald Dahl did this so well in ‘Danny, Champion of the World’ when the nasty Mr Hazell’s expensive car was over-run by his very own pheasants.

So, as it turns out, I’m even thinking about writing on date night. But I really did enjoy the film and the company of my Beloved too:-)

Now back to work! I’m so close to finishing the final book in the Full Circle series!! In case we haven't met before, I'm Cindi and I write unconventional romance novels and odd, often melancholic, short stories. 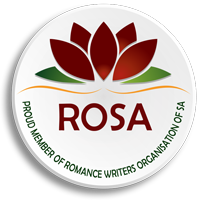